Safelists and Traffic Exchanges – Are they Worth the Effort?

Over the years, the debate about whether traffic exchanges and safelists are worth the effort, or deliver useful traffic, have been at the root of many heated forum exchanges. However, as with anything else in life, it’s not merely a question of right or wrong, or black and white contrast.

There is are many shades of grey in between.

Most of the people using traffic exchanges and safelists are newcomers to internet marketing. As such, they are usually gullible, and often suffer from “shiny object” syndrome. That is likely to translate in shorter retention times on your list, and less responsiveness from your subscribers – because they keep on signing up for “the next shiny object.”

On the other hand, as Tony Tezak (veteran traffic exchange owner) pointed out: “There are people with money everywhere. Traffic exchanges are no different.”

As such, there are some potential customers among those users – but those will mostly be inexperienced newcomers, and as such you will have to tailor your offers to your audience.

Secondly, consider what it takes to make it work – and the effort versus reward:

Traffic exchanges and safelists are a numbers game. It’s not enough to just sit and click, click, on your own – you need to grow some downlines, and get extra credits from your referrals. It’s the only way to send enough traffic to make it worth your while.

Note: Depending on your offer, optin rates can be as low as one in 500. If you need let’s say, 50 people to make a sale on the front end of your funnel, which means you’ll have to send 25,000 people to make one front end sale. Even if you have a great internet connection, and a fast computer, and you can have enough tabs open to collect 1,000 visitors per hour, that still translates into having to work 25 hours for one sale.

If you make say, $25 in commission per sale, that will mean you are working for one dollar an hour. if you live in India or the Philippines that may be enough for you, but if you are living in any of the western countries, you will need more to survive.

As such, in order for you to get enough traffic, you will need to spend a considerable amount of time collecting referrals – so you can get some additional credits for more traffic.

Lastly, consider how long it will take you to make it work

Getting referrals for new traffic exchanges is relatively easy – but who do you attract? You attract newcomers that still suffer from “shiny object” syndrome. Combine that with the fact that you are signing them up to a new traffic exchange with not too many members, and you end up with a bunch of referrals that aren’t sending you much traffic. That’s partly because most of them will undoubtedly go chasing after the next shiny object, and partly because, it being a new exchange or safelist, not much is happening there yet.

Getting referrals for the better traffic exchanges and safelists takes time – because there are many top (traffic exchange and safelist-) marketers have been working hard to build their own downlines for many years, and continue to do so. As such, most newcomers are soon exposed to the top providers, and you are likely to be left in the dust, trying to promote to the “leftovers.”

Depending on how many hours you have available to put into it, you can easily spend half a year or more just building your downline – before you even have enough traffic to be able to promote anything.

Any form of traffic generation can work – if done correctly. The upside is that your downlines can bring you passive traffic – but is it enough to make it worth your while?

The bottom line is this: How much work does it take – in terms of hours – to build a business that brings you a set number of optins per day?

There is, of course, one more thing to keep in mind:

On a traffic exchange or a safelist, your prospect is only exposed to you and your offer for a few seconds. From there he or she is redirected to a squeeze page.

You don’t have any time to provide value before you request the optin – because the visitor isn’t spending any real time on your blog or website. That means that, even though they see your face repeatedly as they surf or click, they still won’t know what you bring to the table before they opt in to your list.

And considering the fact that most of your visitors are just chasing credits, it goes without saying that you shouldn’t expect anything in terms of social shares.

With all of the above taken into account, is it worth your while to use traffic exchanges and safelists?

Let me answer that with a question:

If you had to put the same amount of effort into building a blog, putting out content, and building your list that way, how far do you think you will be in a year from now?

I may be wrong – but logically speaking, you can have passive traffic from Google, and credibility from shares on social media. You can have a substantial reach on social media. And because the blog is yours, and it’s on your own domain, you will have total control over it. 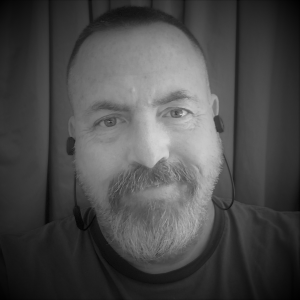